What is a Hay Baler

Baler refers to a machine used to bale grass. It has the following characteristics:

From the shape of the finished product: square bale baler, round bale baler.

In the 18th century, transportation and agricultural production in many countries were powered by horses. In this way, large amounts of hay were needed to raise horses in vast cities and rural areas. When transporting this hay, the grass had to be compacted and bundled. In 1853, Emory in the United States invented a straw baler to make the bale strong and easy to transport. This kind of baler is a horizontal press. Each extension part of the baler box is equipped with a baffle that functions as a piston. When the grass is placed in the box, a set of chain and pulley mechanisms is pulled by Malay In this way, the baffles at both ends of the baling box move towards each other to compress the grass. This kind of baler can bale 5 bales per hour, and each bale weighs 125 kilograms. Its disadvantage is that when the machine is running, it still requires workers to do auxiliary work.

Due to the need to continuously improve production capacity, in 1884, a steam pressure bundling machine was developed. After the baler presses the grass into a bale, the user bales the bale, and then automatically ejects the bale.

In 1871, American Walter Wood obtained a patent for a wire tying machine. At that time, this kind of tying machine was excellent, and it was exhibited in the UK.

In 1858, John Fei Appleby invented the rope tying machine, but due to the high price of the rope, this technology was not developed until 20 years later. This kind of tying machine is easy to use and has a smart model. In 1878, the tying machine produced by the manufacturer Dilling adopted Appleby’s tying method.

Before 1958, the balers could only fold the wheat bales into a rectangular shape. In 1958, the American Ellis Chalmers Company put the cylindrical balers developed by Roto Baller into commercial production. Bundle wheat stalks into cylinders with a diameter of 36-56 cm, a length of 0.91 m, and a bundle of 18-45 kg. This kind of baler is still in use in some places. 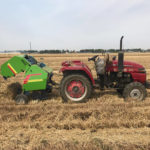 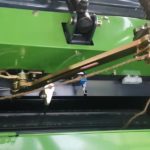 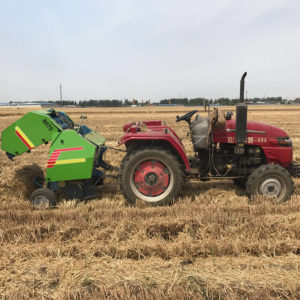 1)Read the instructions and pay attention to the safety signs 2) Connect the baler to the tractor 3) Wheel installation: Option 1: Lift the baler 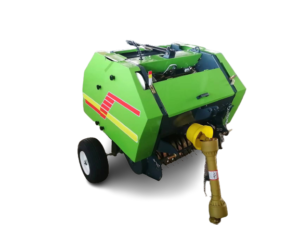 Round balers are one of the most common equipment on hay fields. They produce high-quality round crop bales with the ability to wrap the hay

The rope winder is used upright like this. When the grass is full, this thing will fall down automatically and then you will hear the

Get For A Free Quote

Any inquiry, we will reply within 24 hours